After her mother dies in an accident, sixteen-year-old Bree Matthews wants nothing to do with her family memories or childhood home. A residential program for bright high schoolers at UNC–Chapel Hill seems like the perfect escape—until Bree witnesses a magical attack her very first night on campus.

A secret society of so called “Legendborn” students that hunt the creatures down.

And a mysterious teenage mage who calls himself a “Merlin” and who attempts—and fails—to wipe Bree’s memory of everything she saw.

The mage’s failure unlocks Bree’s own unique magic and a buried memory with a hidden connection: the night her mother died, another Merlin was at the hospital. Now that Bree knows there’s more to her mother’s death than what’s on the police report, she’ll do whatever it takes to find out the truth, even if that means infiltrating the Legendborn as one of their initiates.

She recruits Nick, a self-exiled Legendborn with his own grudge against the group, and their reluctant partnership pulls them deeper into the society’s secrets—and closer to each other. But when the Legendborn reveal themselves as the descendants of King Arthur’s knights and explain that a magical war is coming, Bree has to decide how far she’ll go for the truth and whether she should use her magic to take the society down—or join the fight.

Um, everything? Seriously, I’m so thrilled to share this book with the world. Everyone should preorder it, right now. It’s full of Black Girl Magic and Arthuriana. If you’re looking for a Dark Academia vibe, it brings that with its Secret Societies, but it gives it a distinctly Southern flavor that is missing from most DA media I’ve seen. It’s got a LOT of representation: a Black young scholar, a Black botanist, a Taiwanese-American young scholar, a Black father insisting his Black daughter take care of her mental health, a Black psychologist, men loving men, women loving women, men loving men and women (thus far only sequentially, no polyamory here), women loving men and women (same), nonbinary people, archers, swordfighters, staff users, African heritage magic, European heritage magic, and kiiiind of something that I personally anyway interpreted as a magical metaphor for chronic illness. Also, mostly the representation is nonchalant and/or joyful, rather than focusing on misery.

And that’s before you get into its unique relationship with its setting, the University of North Carolina at Chapel Hill. This book leverages the most interesting things about the school (i.e., its proliferation of societies, both public and secret) and reckons with the university’s cruel history and less-than-stellar attempts to address it. In May, I will finish my fourth degree at UNC, and between my two most recent degrees, I worked on campus for three years. Before I began my undergrad career there, it seemed like a fairly magical place; once I started, it turned fairly mundane and stayed that way until I picked up this book, which reminded me of the magic and mystery it held for me in the past and added new layers to it.

I’m trying to work out how to address this next bit without getting it wrong, but I don’t know how, so I’m just going to risk being called in/called out because it’s worth the risk. This book is an excellent example of the power of an Own Voices text, because it lets readers in on some of the daily considerations, slights, and trauma that a young Black woman has to deal with. Deonn handles these bits of narrative so matter-of-factly; they are everyday realities in Bree’s life and as a white woman, I understood better how persistent these experiences are than I ever have before. It’s not that I didn’t know, intellectually, that this is the constant weight a Black woman must carry; it’s just that it hits differently when it’s narration from inside a Black woman’s head, rather than explanation directed at me as someone who is privileged to not have the same experiences.

Also there are hot boys and swoonworthy romance but that stuff doesn’t take centerstage and that is as it should be.

I really can’t praise it enough.

What I Want More Of:

There is nothing missing from this book. There was one climactic part that was a little confusing for me, but a later part explained it. (And I understood what was going on in the climax, I just thought maybe I was wrong.)

Deonn is working on the second book now, so here’s a quick wishlist for what I’d like to see in it:

What I Need to Warn You About:

There’s nothing about taste that I need to warn you about - this book is fast-paced, simultaneously lyrical and plainly written, and I really believe it would be a rare reader who wouldn’t enjoy it. If you’re not into fantasy, I guess, then it’s not for you.

I will provide a content warning, though: LEGENDBORN contains instances of both covert and overt racism, slavery, and rape.

If you read this and are interested in the history behind it, check out these resources:

Old East This is Bree’s dorm.

Wilson Library This is the library where Bree has to hide behind a column and calm down.

The Order of Gimghoul (definitely totally not the Order of the Round Table, NOPE, just a secret society at UNC with a castle in Battle Park and customs based on the ideals of Arthurian knighthood and chivalry)

Unsung Founders Memorial Deonn relocates this from McCorkle Place to the Arboretum, but otherwise it is exactly as described in the book. More here.

Davis Library This is the other library mentioned in the book.

The Old Chapel Hill Cemetery Deonn adds a mausoleum section that isn’t really there, but otherwise her description of the cemetery is accurate.

Confederate Memorial and Julian S. Carr The tragic parts of this book draw on real Carolina history just as much as the fun parts do.

Davie Poplar I’m not saying I’m just saying that maybe possibly this might be a tree with a hidden door in it, if UNC’s campus had such things.

Go preorder this right now. What are you waiting for? 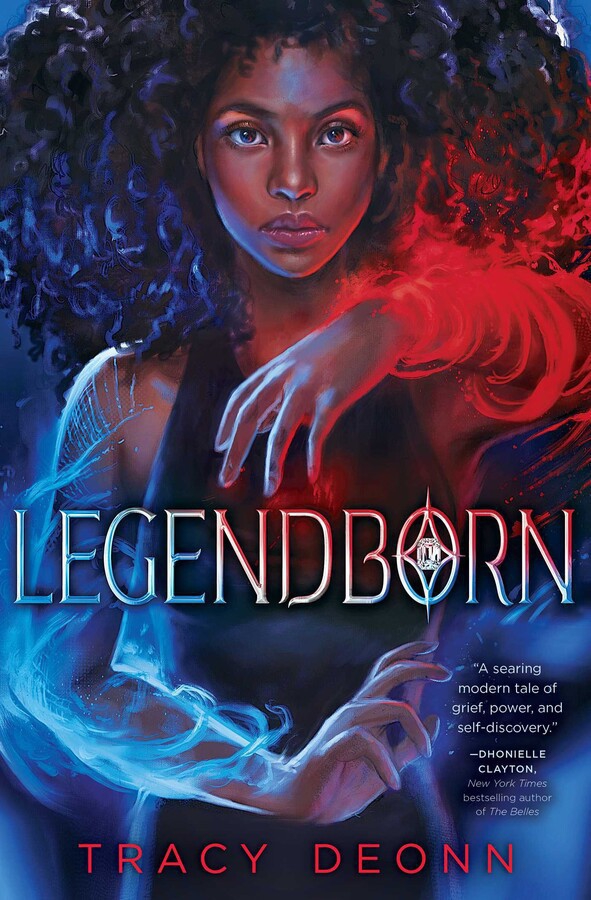