I may receive commissions for purchases made through links on this post.

Kristen Arnett is Florida’s and the Internet’s Lesbian dad. Her puns are a delight and her “The existence of ___ implies ___” joke structure cracks me up every time she uses it. I have no idea when or why I followed her on Twitter but I’m glad I did. I love her Twitter presence so much that I thought I would probably love her books, too.

I didn’t have a lot of expectations going into MOSTLY DEAD THINGS but I feel like I’d seen the phrase “darkly funny” tossed around in reviews.

I was surprised when every part that I bet other people found funny made me sad.

MOSTLY DEAD THINGS is a great book and humans who read should try reading it.

It operated on a very visceral level for me for a few reasons.

This is just a sampling. Basically this book squeezed my heart and pushed on bruises. It eventually patched it up but, you know, mostly in the final act. 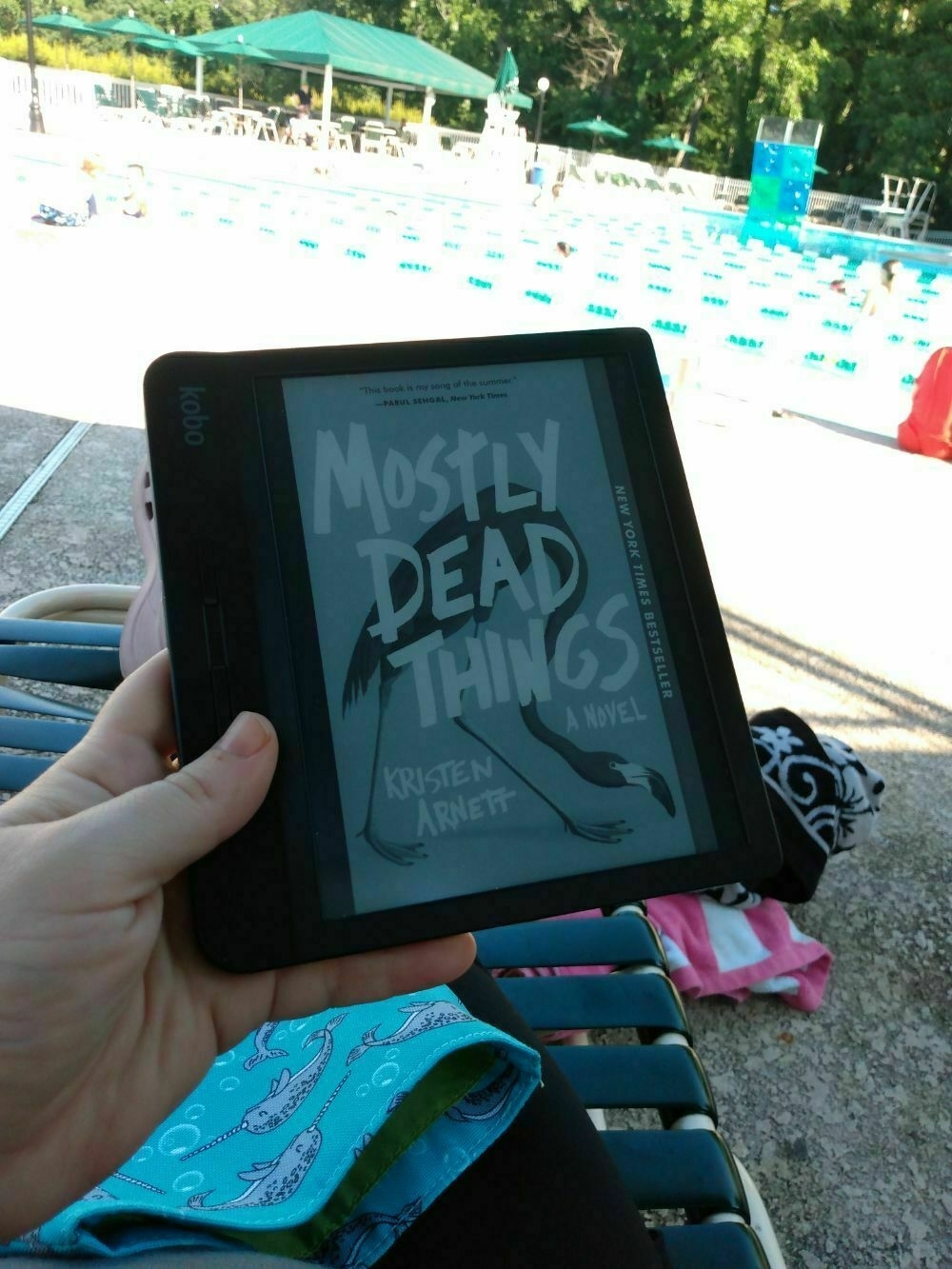